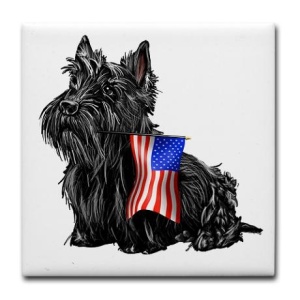 “We put a little piece of Heaven in your life” ™

The Scottish Terrier (also known as the Aberdeen Terrier), popularly called the Scottie, is a breed of dog.  Initially one of the highland breeds of terrier that were grouped under the name of Skye Terrier, it is one of five breeds of terrier that originated in Scotland, the other four being the modern Skye, Cairn, Dandie Dinmont, and West Highland White Terrier.  They are an independent and rugged breed with a wiry outer coat and a soft dense undercoat.  The First Earl of Dumbarton nicknamed the breed “the diehard.”  The modern breed is said to be able to trace its lineage back to a single female, named Splinter II.

The Scottie is one of the many terrier breeds that originated in Scotland and England for the purpose of digging out and killing vermin on farms.  For a long time, all of the Scottish terrier breeds were lumped together, but in 1877 a heated discussion in the pages of the Live Stock Journal about what made a true Scottish Terrier ended in a challenge by the editors to come up with a description of what a Scottie was. Gordon Murray published a detailed description of the proper Scottie in a letter to the Stock Keeper.  Three years later J. B. Morrison drew up a standard for the breed, and the essentials of it remain today.

Scottish Terriers Tam Glen and Bonnie Belle were brought to the United States by John Naylor in 1883.  He began showing the dogs and imported more.  A brindle Scottie named Dake was the first of his breed to be registered with the American Kennel Club (A.K.C.), in 1884.  Today the Scottish Terrier ranks 52nd among the breeds registered by the A.K.C.

The Scottish Terrier should have a thick body and heavy bone.  The principal objective must be symmetry and balance without exaggeration.  Equal consideration shall be given to height, weight, length of back and length of head.  Height at withers for either sex should be about 10 inches.  The length of back from withers to set-on of tail should be approximately 11 inches.  Generally, a well-balanced Scottish Terrier dog should weigh from 19 to 22 pounds and a bitch from 18 to 21 pounds.

Around water Scottish Terriers sink like bricks.  Keep your Scottie safe with a dog life jacket

They are a small breed of terrier with a distinctive shape and have had many roles in popular culture.  They have been owned by a variety of celebrities, including the 26th President of the United States Theodore “T.R.” Roosevelt, Jr., 32nd  President Franklin Delano Roosevelt, whose Scottie “Fala” is included with FDR in a statue in Washington, DC, as well as the 43rd President George W. Bush.  (Read more.) They are also well known for being a playing piece in the board game Monopoly.  Described as a territorial, feisty dog, they can make a good watchdog and tend to be very loyal to their family.  Health wise, Scottish Terriers can be more prone to bleeding disorders, joint disorders, autoimmune diseases, allergies, and cancer than some other breeds of dog and there is a condition named after the breed called Scotty cramp.

The head should be long in proportion to the overall length and size of the dog.  In profile, the skull and muzzle should give the appearance of two parallel planes.  The skull should be long and of medium width, slightly domed and covered with short, hard hair.  In profile, the skull should appear flat.  There should be a slight but definite stop between the skull and muzzle at eye level, allowing the eyes to be set in under the brow, contributing to proper Scottish Terrier expression.  The skull should be smooth with no prominence or depressions and the cheeks should be flat and clean.  The muzzle should be approximately equal to the length of skull with only a slight taper to the nose.  The muzzle should be well filled in under the eye, with no evidence of snappiness.  A correct Scottish Terrier muzzle should fill an average man’s hand.  The nose should be black, regardless of coat color, and of good size, projecting somewhat over the mouth and giving the impression that the upper jaw is longer than the lower.  The teeth should be large and evenly spaced, having either a scissor or level bite, the former preferred. The jaw should be square, level and powerful. Undershot or overshot bites are not acceptable in competition.  The eyes should be set wide apart and well in under the brow.  They should be small, bright and piercing, and almond-shaped not round.  The color should be dark brown or nearly black, the darker the better.  The ears should be small, prick, set well up on the skull and pointed, but never cut.  They should be covered with short velvety hair.  From the front, the outer edge of the ear should form a straight line up from the side of the skull.  The use, size, shape and placement of the ear and its erect carriage are major elements of the keen, alert, intelligent Scottish Terrier expression.

They are also one of the more successful dog breeds at the Westminster Kennel Club Dog Show with a recent “Sadie” best in show in 2010.

UPDATE: August 30, 2014 – We are all saddened with the passing of Sadie (Ch. Roundtown Mercedes of Maryscot), the wonderful Scottish Terrier who captured the A.K.C. Westminster Kennel Club – Best in Show and our hearts in 2010.  She had a great career and was the only “triple crown” winner ever (Westminster, A.K.C. National Championship, and the National Dog Show presented by Purina).  Owned by Amelia and the late Dan Musser, bred by Mary O’Neal and Cindy Cooke, handled by Gabriel Rangel, she had been living with Gabriel and Ivonne.  Our thoughts and sympathies to all who knew and loved her.  Bark among Angels, Sadie!

(All of these images will enlarge if you

At first glance, the Scottie nails you with his keen, piercing expression.  He’s a no-nonsense dog on the surface, but secretly he’s a softie who loves his people.  As long as he is with them, all’s right with his world.

The nickname Diehard should tell you all you need to know about living with a Scottie.  He was built to be a rugged little dog who never gave up, and he retains those characteristics today.  Bold but dignified, he is the very picture of Scottish rectitude and stick-to-itiveness.  His alert nature makes him an excellent watchdog, but he’s not a barker unless you give him nothing else to do.  While the Scottie is close to his family, he takes his time getting to know other people.  He’ll just watch for a while before deciding that someone is acceptable — or not.

Like all terriers, the Scottie has a mind of his own, but with the right motivation he learns well.  Train him with loving firmness and positive reinforcement in the form of praise and treats and you will earn his confidence and respect.  Harsh punishments will definitely backfire with this strong minded dog.  For instance, never call him to you and then scold him.  The next time you call him, even if it’s for something good, he’ll remember that you scolded him and refuse to come.

Start training your puppy the day you bring him home.  Even at 8 weeks old, he is capable of soaking up everything you can teach him.  Never wait until he is six months old to begin training, because you will have a more headstrong dog to deal with.

If possible, get him into puppy kindergarten class by the time he is 10 to 12 weeks old, so you can start building a strong working relationship, and socialize, socialize, socialize.  Socialization is important with this breed to counter his somewhat suspicious nature.  However, be aware that many puppy training classes require certain vaccines (like kennel cough) to be up to date, and many veterinarians recommend limited exposure to other dogs and public places until puppy vaccines (including rabies, distemper and parvovirus) have been completed.  In lieu of formal training, you can begin training your puppy at home and socializing him among family and friends until puppy vaccines are completed.  Invite people to your home as well so he becomes accustomed to visitors.  These experiences as a young dog will help him grow into a sensible, calm adult dog. Remember a puppies immune system is still developing long after the first 8 weeks that the Breeder deals with them.  It is important to keep them from mistakenly digesting something in your yard prior to becoming immune to dangers lurking outdoors and in your yard.  (For this reason you never want to take your puppy to a Dog Park.)  Small puppies use their mouth to investigate, many plants and flowers are  POISONOUS!   Example: Plants and flowers that have a milky substance that drains from the leaves or branches – Fig Trees, Poinsettias, Hibiscus, Oleander, (humans – Poisoning can also happen if you eat honey made by bees that used the oleander plant for nectar.) Perennials, and Euphorbia . (Learn More)

Talk to the breeder, describe exactly what you’re looking for in a dog, and ask for assistance in selecting a puppy.  (Breeders see the puppies daily and can make uncannily accurate recommendations once they know something about your lifestyle and personality.)  A good breeder will have you complete an application with some basic questions so they are better prepared to assist you in selecting a puppy.  All puppies are not the same.  Don’t wait until the last moment to ask the Breeder.  Certain traits are defiantly exhibited by puppies very early in life.  Whatever you want from a Scottie Terrier, look for one whose parents have nice personalities and who have been well socialized from early puppyhood. 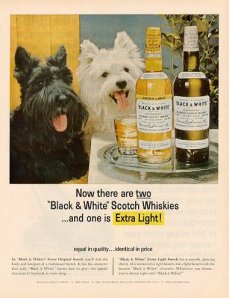 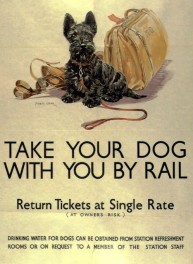 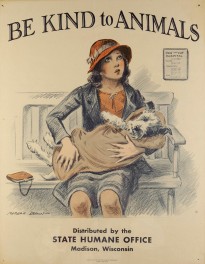 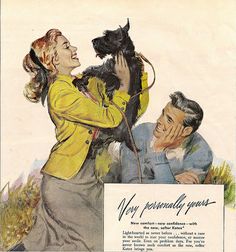 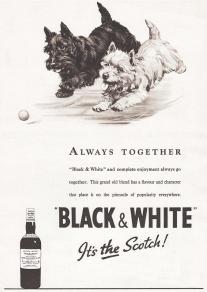 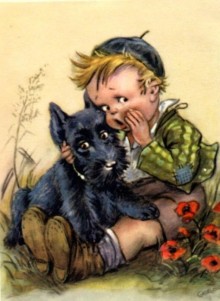 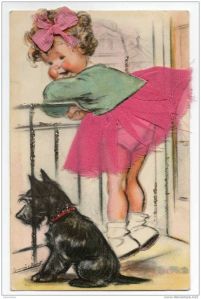 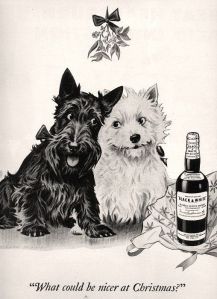 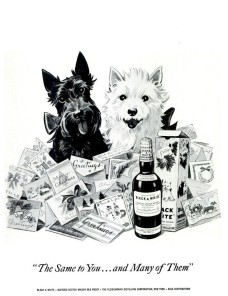 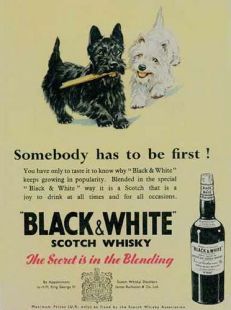 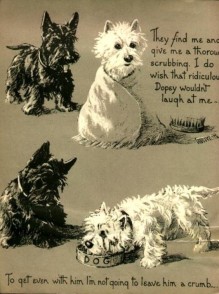 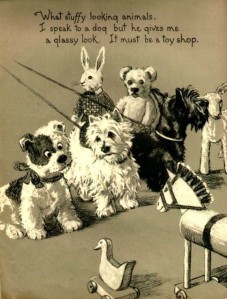 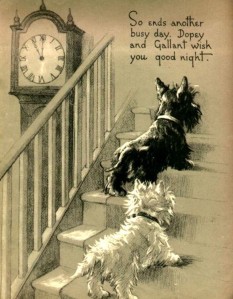 Visit our “Angel Request” Page &  Ask for an Application to be sent.

Scottie Heaven
“We put a little piece of Heaven in your life” ™
FYI – We are very proud to be a breeder of American Kennel Club Scottish Terriers, (AKC).  The American Kennel Club has hundreds of generations of their dogs on file. Non-A.K.C. registries do not inspect kennels, nor do they maintain generational information.
WARNING – If you purchase a puppy that is not A.K.C. registered, you are probably supporting a puppy mill. Inexperienced breeders and puppy mill’s will attempt to sell puppies which have their dew claws because of the cost and responsibility of removal.  In most cases they were born at home, have never seen a Veterinarian, selling below  $1,700.00, and without a pedigree or traceable health lineage. (Sadly, some of these Mill puppies only live 4-8 years = Heartache.)